Fundamental to the concept of EWS is the definition of RF emitters (radars, jammers …), and their relative location to the receiver under test. A comprehensive menu interface is provided to specify all of the externally observable attributes of an emitter, such as frequency, pulse width, repetition frequency, modulation on pulse, and antenna scanning effects. A database of emitters can be created and used to provide a specified set of emitters in a scenario, which is highly representative of an actual operational situation.

One or more emitters can be assigned to any kind of platform, such as a ship, aircraft, missile, UAV …. Any number of such platforms can be introduced into a scenario of unlimited duration and geographical extent. The platforms with their associated emitters can be moved realistically in the playing area, as can the special platform "own ship", which conceptually carries the receiver under test. The relative geometry between all platforms and the receiver is continuously computed in real-time to determine if the emitters on board are visible to the receiver. A computer display of platform position and elevation is continuously available. The appropriate signal strength and other environmental effects are then calculated to determine the characteristics of each signal at the receiver position. These effects are generated in real-time via RF’s synthesizers and DOA(Direction Of Arrival) or ABFU (Antenna Beam Forming Unit) modules.

The main functions of the EWS are the following:

EWS is composed of several sub-systems: 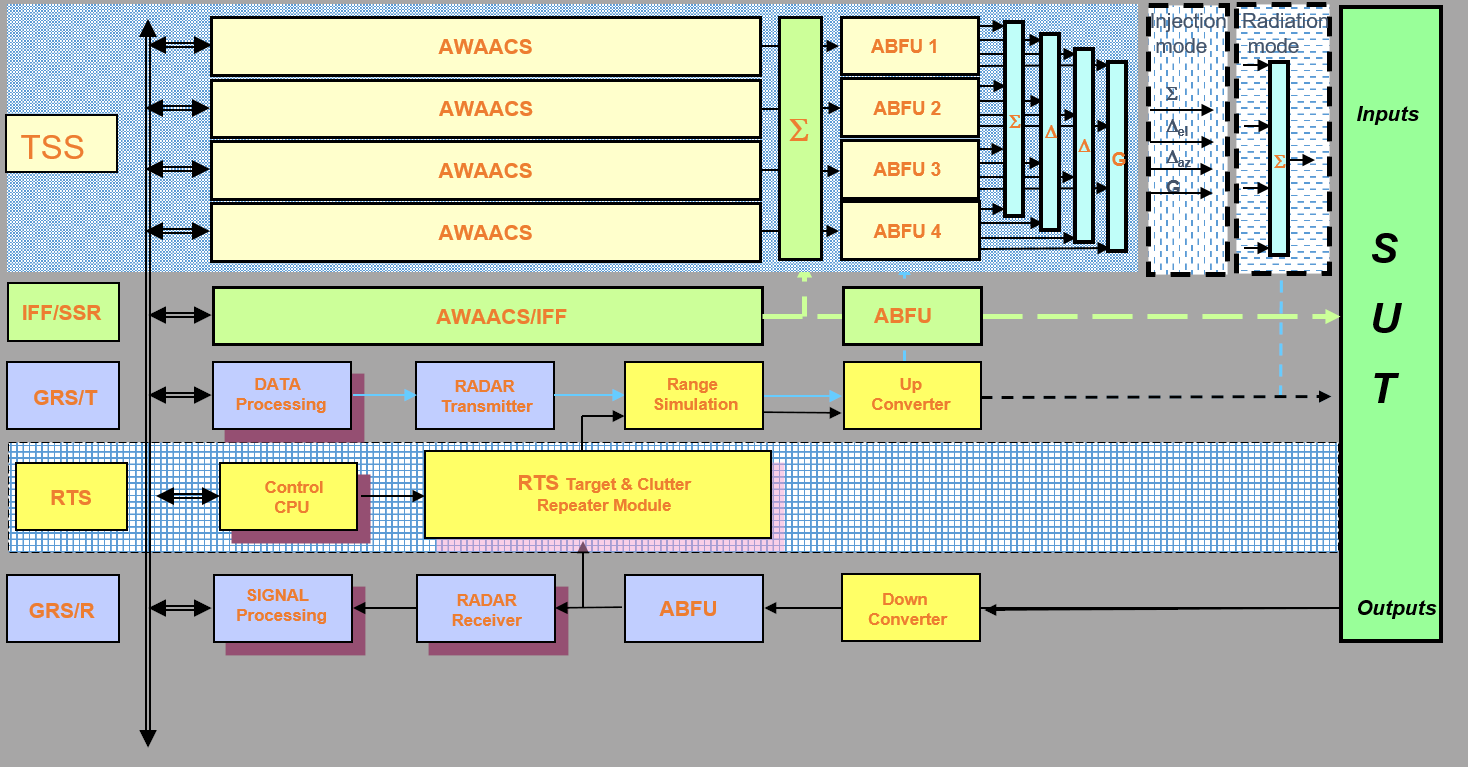 There are lots of different kinds of radar used in military applications for surveillance, detection, tracking, guidance, localization, navigation…. Depending on the requirements for each type of radar and the functions assigned to the radar system, several frequency bands can be considered from 500MHz to 100GHz typically. Radar systems are used on ground, such as surveillance systems, and radar systems can be embedded on different kinds of moving platforms such as aircraft, UAV, missile, satellite, tank, ship …

Whatever the type of radar, its localization and its carrier frequency, such system is subject to perturbations due to the environment (masking, multipath…), atmospheric effects (attenuation, clutter, ducting…), coupling between neighbouring targets or between a target and its close environment. Furthermore, radar systems are subject to intentional disturbances such as jamming.

Our RTS (Radar Target Simulator) solutions are designed to evaluate or test radar systems in such complex and potentially hazardous situations.

Fundamental to the concept of RTS is the capture of the radar emission to analyse it and generate radar echoes that are coherent with the radar emitted waveform. RTS generates radar echoes with amplitude, range (delay), Doppler and direction of arrival (DOA) that are representatives of the scenario defined by the user. To make it more realistically, SYNOPSIS RTS solution can be combined with a high-fidelity RF scene rendering software solution such as SE-Workbench-RF from OKTAL-SE (which is a partner of SYNOPSIS). 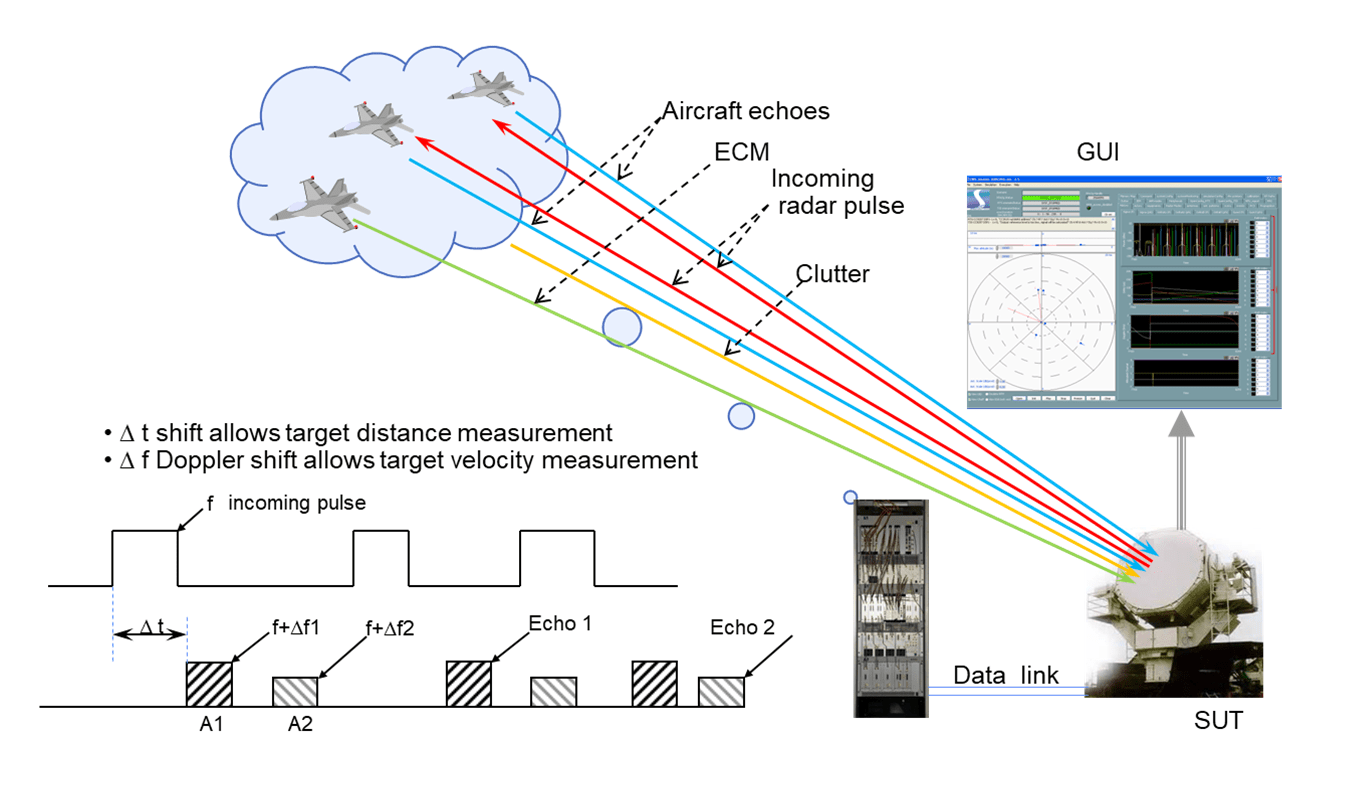